The Iron Grate, established in 1980, in the historic town of Fenton, Michigan, has become widely known for its combination of quality creative products and excellent customer service. Customers come from far and near to indulge in the sensory experience of shopping in the ambiance of the 1867 building. Bringing big city chic to small town. American, Londoner Elizabeth Dickens and her daughters Tara and Kirsty have created an exciting business that continues to be a work in progress.

We are passionate about bringing the latest high end, high quality merchandise to our customers. We hunt for merchandise that is uncommon and aesthetically pleasing in the hopes to inspire creativity and style. We focus on mixing old and new products which gives our shop a unique style of its own. We love helping our customers find treasures for their homes in order to make it feel aesthetically pleasing. You can also find the perfect gift or something special for yourself at The Iron Grate. 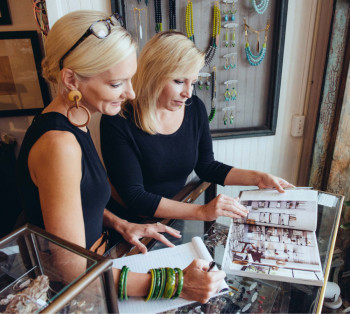 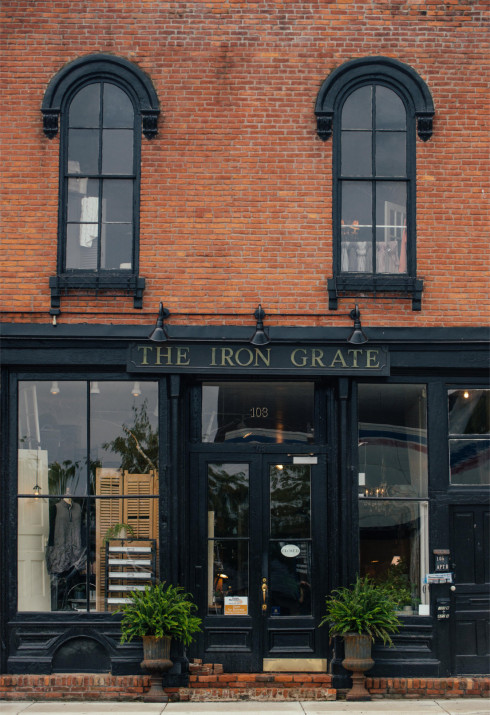 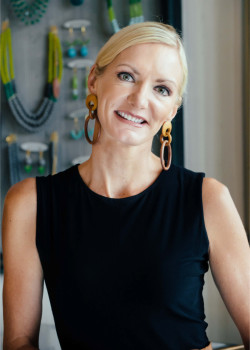 Growing up Kirsty always had a passion to try and make a difference in the lives of the less fortunate in our society. It was through her desire to help others that led her down the path of studying Social Work and Sociology in college.  Kirsty never imagined her career path changing from from Social Work to partnering in The Iron Grate. She is so grateful to be part of such a creative business venture. Kirsty discovered her creative side through working in her mom’s shop throughout her teenage and college years. The aesthetic and artistic setting her mother created at The Iron Grate ignited her creative spirit and has provided a rewarding ongoing journey. Kirsty grew up with a strong design and artistic influence in her life due in part to her mother being an artist and teacher with a passion for the arts. Her father, Graham Dickens, was an architect who shared his knowledge and appreciation for design with his family. Kirsty’s design aesthetic was not only influenced by her parent’s European backgrounds, but also by her many experiences traveling abroad. The family also lived in Saudi Arabia for two years while their father worked on a project for the Saudi Arabian Monetary Agency. Kirsty believes her time traveling gave her a deep appreciation for the many talents of artisans across the globe. The search continues to find only the most interesting and quality products coupled with the knowledge they have helped the lives of artisans in communities across the globe. Kirsty resides in Fenton, Michigan with her husband Troy and daughters Lily and Ella. 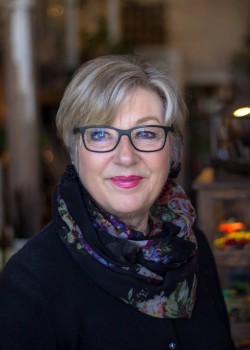 Elizabeth (Dee) was born in Walterboro, South Carolina between Charleston and Savannah. Her mother, Elizabeth, was from Charleston and her father Stanley from London, England. He was a sailor in the British Royal Navy. Dee went to London to live when she was 15 months old and completed her education in England at Trent Park College for Teachers earning degrees in both Art and English. In 1967 Dee married Graham Dickens in England and had two daughters, Tara Wakeham and Kirsten Rising. Tara and Kirsten are business partners in The Iron Grate which for over 36 years has been an exciting and on-going work in progress.

The Iron Grate is a creative venture in which the ladies are continuously building. They focus on pleasing and stimulating all the senses while maintaining the integrity of the original architecture of the building. The Iron Grate was founded in 1980 after returning from a two-year business stay in Saudi Arabia. Having taught for two years at the International School in Riyadh, Dee was ready to begin a creative venture of her own. The historic Dibbleville District of Fenton with its classic storefronts seemed to offer the greatest potential. After upgrading her college degrees from England at University of Michigan, Dee returned to teaching at Mott Middle College in 1996 while daughters continued operating The Iron Grate. Being in business for thirty-five years it is difficult to chronicle all the factors that have contributed to its success. Dee believes much of their success is in great part due to the store’s appeal to a broad range of clientele. The Iron Grate provides a wide variety of unique products aimed at stimulating all the senses. First and foremost the ladies pride themselves in providing excellent customer service. Dee currently resides in Fenton, Michigan but spends several months of the year in England with her mom. 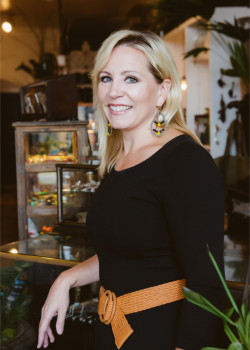 It wasn’t until after working in the hotel industry for five years, Tara realized that working in retail with her family was exactly where she wanted to be. People always told Tara “If you love what you do, it won’t seem like you’re going to work every day!” Growing up in Fenton, Tara worked periodically at The Iron Grate through school and also during her hotel management career with Hilton. As a child, Tara was exposed to so many creative people and had the opportunity to travel.  Her biggest inspirations come from her family and traveling to other countries. Tara has always admired creative people and when her mom was considering selling the shop, she and her sister asked if they could take on running the business. What a journey it has been and a beautiful way for Tara to explore her creative side. Tara and her sister, Kirsty, eventually became partners and are now very involved in running the business, selecting high quality merchandise, designing displays, and helping customers recreating the aesthetics that they see and feel in their shop, and applying it to their own homes. Tara’s hope is to always inspire people, like their mom has inspired them. She is very passionate about her community and extremely committed to giving back and feels so incredibly blessed to be able to do what she loves every single day. Tara resides in Linden, Michigan with her husband Dave and two children Elliot and Lizzy.